Why are BORG looking at alternatives to plywood boxes?

Over the course of our monitoring we have found the standard of the exterior grade plywood used to make our boxes has been variable. Some of the boxes have started to delaminate after a few short months, yet others have fared better. This has led to BORG researching for a viable alternative that will last longer but also one that would be suitable for our needs. We purchased Stokbord and have replicated all of our box designs using this material, utilising drilled vent holes and a larger nest entrance. 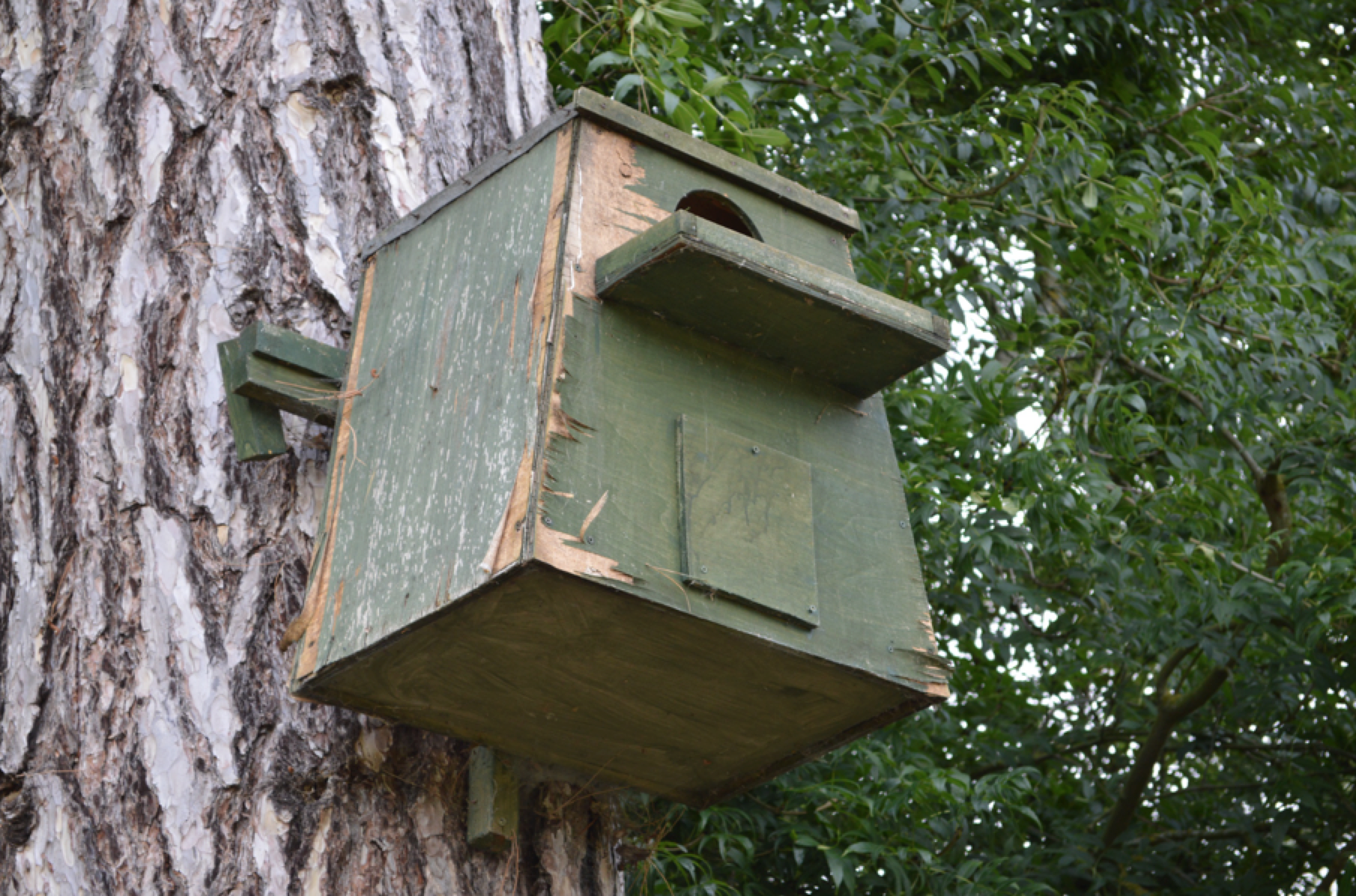 *Stokbord is manufactured in the UK from 100% recycled agricultural plastic which has been collected from UK farms, and is used in the agricultural industry for applications such as: Cattle Races, Sheeting Gates & Doors, Lining Buildings, Feed Trailer Floors, Grain Stores, Sheep Races & Pens, and Replacing Tin Sheeting, it’s also used for domestic and agricultural livestock housing such as: duck and poultry, goat shelters and dog kennels. It weighs the same as plywood. 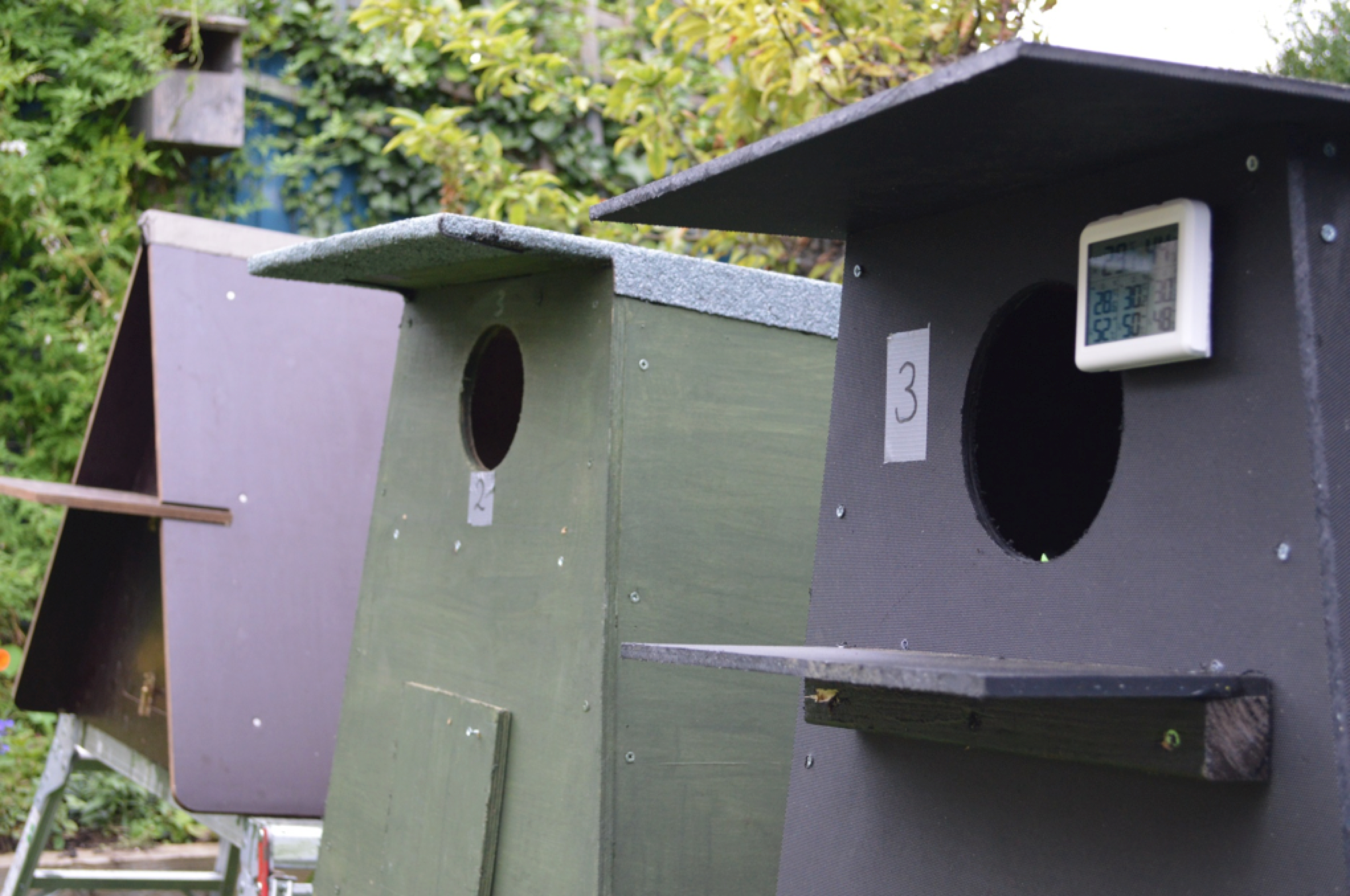 Our research led us to find

The Barn Owl Centre have been using the product with success for some time and that the RSPB sell a part plastic Barn Owl Box, as do other online retailers. We also contacted Tim Hammerton a user of a *Stokbord box on twitter for his thoughts and experiences of the box.

The nature of kestrel and tawny owl breeding meant that either the chicks had left the nest by the time warm weather had arrived or that tawny boxes would always be situated in areas of shade. Kestrel boxes would also have a half open front to avoid overheating. We had concerns that barn owls may overheat due to the box being made of plastic, being in partial sun (full sun in the case of pole boxes) and the fact that barn owls primarily breed in the warmest summer months and can have large broods that remain in the nest for at least 9 weeks, creating a lot of heat and humidity. We also took into consideration that barn owls breed in climates much hotter and more humid than our own. Despite this we still had concerns and knew that the same concerns would be echoed by other group members as well as conservation bodies and our sponsors and land owners, so we designed a heat and humidity trial, to ascertain the facts and compare *Stokbord to our plywood box and Colin Shawyers phenolic plywood box.

As a result of our initial research the group 'BORG' purchased a digital thermometer/hygrometer with three sensors, to monitor the exterior heat and humidity and compare the internal heat and humidity of the three boxes. The external thermometer panel was placed on the outside of the Stokbord box, in the shade. All boxes were situated one meter above the ground. The sensors were all placed half way up the back wall, inside the boxes. The trial would take place over a four-week period in a range of scenarios including shade and full sun. The results were recorded at various times of the day and night in various weather conditions, in two different locations. 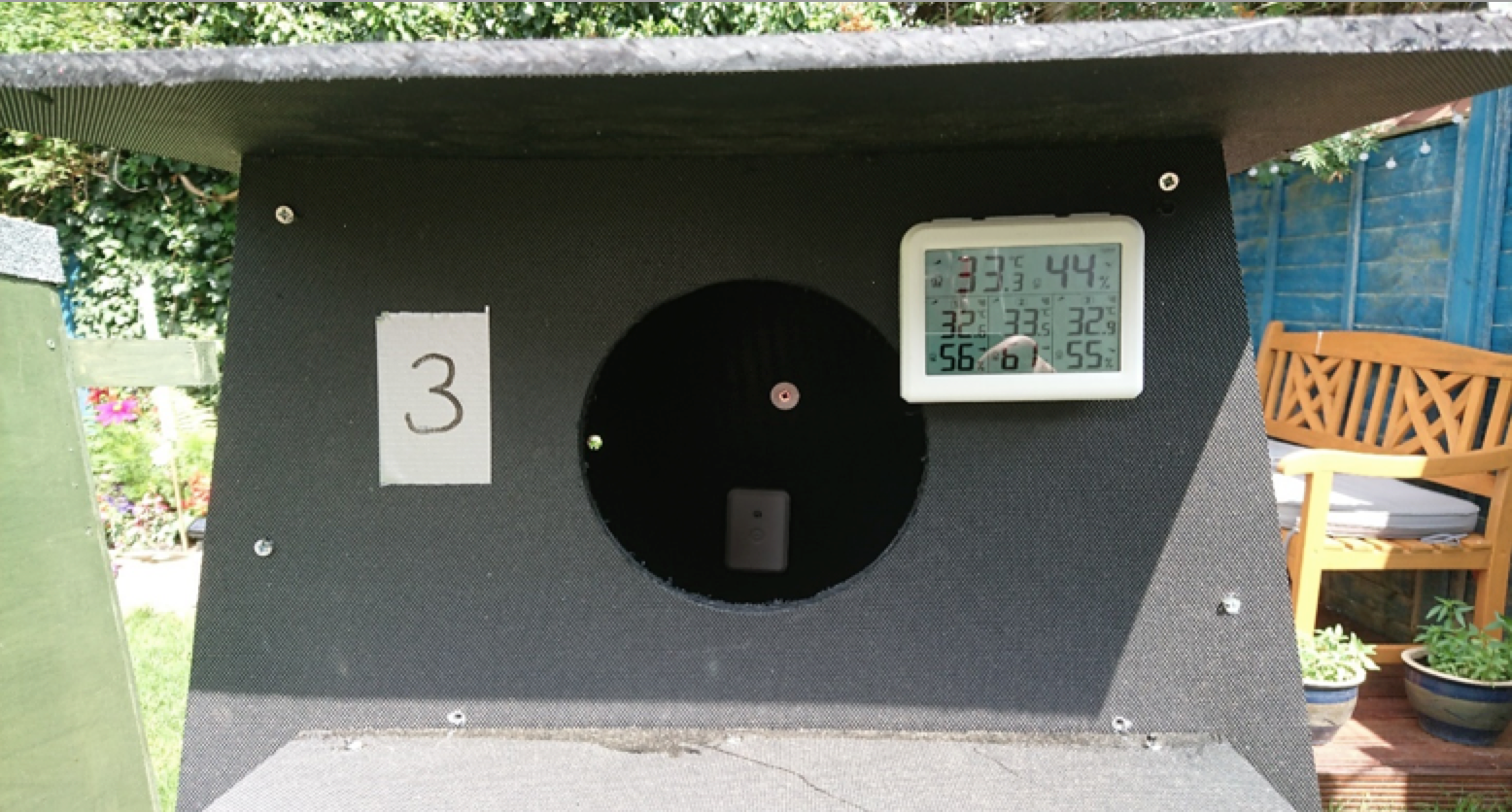 The results have shown that *Stokbord compares very well to our own plywood box, in that it averaged at 1.2 °C cooler and there was less than 1% difference in internal humidity levels, *Stokbord being the higher of the two by 0.9%.
July 25th was the hottest July day on record. The peak external temperature recorded on the outside of the *Stokbord box was 43.3 °C.
*Stokbord peaked at 46.4 °C and our own plywood box peaked at 45.5 °C. *Stokbord was 0.9 °C higher.

The trial has shown that *Stokbord is a viable alternative to plywood.
*Stokbord will last longer than our current boxes and compared similarly in the heat and humidity tests.
BORG try to erect boxes in a northerly or easterly direction to mitigate full sun. We also try to site them in tree shade. Before the trial our concerns were that the boxes made from *Stokbord would be too hot and too humid, especially if placed in full sun (pole box). The trial has shown that this is not the case.
If the boxes are priced accordingly, we should only use *Stokbord as our primary material for construction in the future, though we should retain the option of using external ply if the customer prefers. 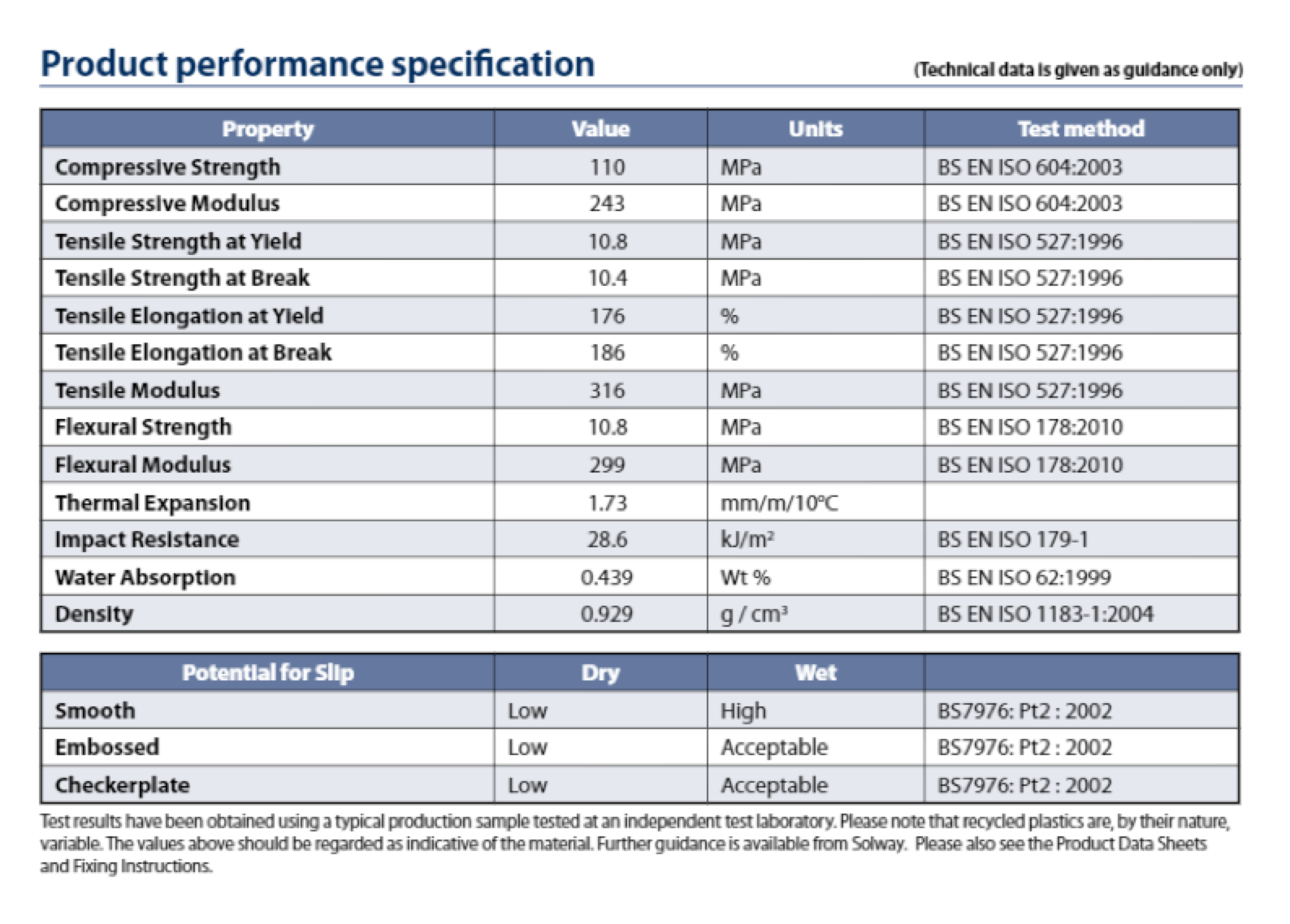 * Stokbord® recycled plastic sheet and board is exclusively manufactured in the UK by Centriforce
Website design: Des Carrington
Scroll